How Bail for Boating Under the Influence in Gulfport Works 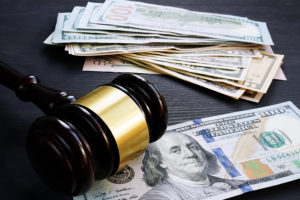 In all aspects of life, safety should be your top priority. This saying reigns especially true while out on the water. Along the Gulf, spending time on the water is more than a pastime; it’s a way of life. It’s easy to forget the rules, drink a little too much, and go boating in the evening hours. That’s a crime, though.

What is Boating Under the Influence?

Boating under the influence, generally referred to as a BUI, occurs much like driving under the influence of alcohol or narcotics. These illicit substances, as we all know, can alter how your body and mind. If you have a blood-alcohol level of .08 or higher, you’re considered intoxicated and subject to the full extent of the law.

Being intoxicated while operating a boat or similar maritime vehicle can lead to impaired judgment, lack of coordination, poor night vision, accidents, injuries, and even death.

A BUI charge is a criminal offense. As such, a conviction incurs serious penalties, such as:

How Bail Works for BUI Charges

Like a DUI charge, you can receive bail bond services in Gulfport for BUI charges. A fast bail bond will ensure you’re out from behind bars fast. It’s an opportunity to prepare your defense before trial.

A bail bond is the best way to secure a quick jail release in Gulfport when you don’t have the money available to post bail.