How Is a Bail Amount Determined? 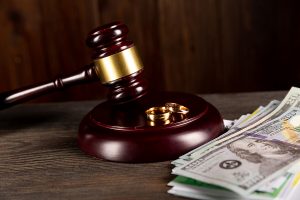 If you’ve recently been informed of a loved one’s arrest, your head is likely spinning with questions. If you have limited knowledge of how the Mississippi justice system works, the bail process — in particular, how bail is calculated — can be pretty confusing. On the surface, a bail amount might seem arbitrary, but there are actually a number of factors that play into how much it costs to bail a loved one out of jail.

Curious about which factors a judge considers when determining and setting bail? The experts at D&D Bail Bonds have the details below.

Many jails have posted bail schedules, which detail predetermined bail amounts for a wide variety of crimes. Bail schedules are determined on a state-by-state basis, and in many cases, they serve as a preliminary determination of the final bail amount.

A judge may first rely on the specified amount in the bail schedule to identify a starting point for setting bail. Then, after factoring in other circumstances surrounding the alleged crime and the defendant in question, the judge may increase or decrease that amount.

Nature and Severity of the Alleged Crime

The nature of the alleged crime plays a central role in the calculation of bail. Because defendants who are accused of committing particularly violent crimes may present a danger to themselves and the community, a judge will often set bail high.

Not only does setting a high bail amount serve to protect the community from a potentially violent individual, but it also helps protect the defendant, depending on the circumstances. Because there are specific classes of violent and severe crimes, judges typically follow a relatively standardized process for setting bail amounts for these types of crimes.

The Amount of Available Evidence

A judge will typically set bail high if the court has a substantial amount of evidence that could lead to the defendant’s conviction. This serves to (hopefully) prevent the defendant from fleeing in an attempt to avoid the negative repercussions of his or her actions.

Defendants who have previously committed crimes are almost always given higher bail amounts than those who have clean criminal records. The same idea applies to defendants who have an active criminal status, such as being on criminal probation or having a warrant for their arrest.

In most cases, if a defendant is accused of committing a crime when he or she has an existing criminal history, the judge may perceive that person as untrustworthy or potentially dangerous. In an effort to protect the community from further crimes — and to prevent the defendant from fleeing — the judge may set bail far higher than is normal. This is especially true if the defendant was previously incarcerated for particularly severe or violent crimes.

The Source of the Defendant’s Finances

If a judge determines that the defendant acquires the majority of his or her income through illegal activities, bail may be set high. For example, if a defendant was arrested for trafficking illicit substances, there’s a high probability that he or she has the financial resources to not only post bail but also to flee. In an effort to prevent the defendant from disappearing before the conclusion of the case, the judge may set a much higher bail amount than normal

When a judge suspects a defendant may attempt to flee after posting bail, he or she may set bail quite high in an effort to prevent this from occurring. Depending on the severity of the crime and the judge’s determination of flight risk, the defendant may not be given bail at all.

When a defendant has strong ties to his or her community — family, a home, a business, a place of employment, property — this may indicate to the judge that the person has a lower flight risk. As such, the judge may set bail lower since the individual is more likely to remain in the area and appear in court as instructed after posting bail.

At D&D Bail Bonds, we’re genuinely dedicated to helping individuals and families when they need it most. If you need to bail a loved one out of jail, please don’t hesitate to get in touch with our team. We serve the entire Mississippi Gulf Coast, and our licensed agents are available 24/7 for your convenience. Call our office today at (228) 539-0700, or contact us online to get started.