What You Need to Know About Misdemeanors and Bail Bonds 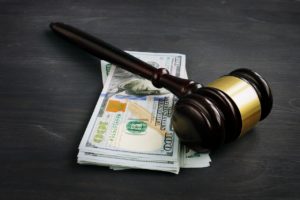 If you pay attention to reality television, you would think the bail bond industry is overly complex and convoluted. In reality, securing a bond is quite simple. To start, the type of criminal offense that gets you in jail impacts the terms of your bail. This time around, we’re looking at bail bonds for misdemeanors.

If you are held in jail for a misdemeanor, you’ll have the chance to bail yourself out with cash or by obtaining a bail bond. Like every other type of bail bond, a misdemeanor bail bond requires you to appear in court. Otherwise, a warrant may be issued for your arrest.

Once Bail Is Posted for a Misdemeanor

Once bail is posted either by you or by someone else on your behalf, you will be released from jail until your hearing. This is only temporary. If the court finds you guilty, you will be sentenced to jail or prison time for the crime.

You must make your court appearances while out on bail. If you do not, not only does it look bad in the eyes of the court, but you’ll be arrested on sight.