What Happens If the Defendant Gets Re-arrested While Out on Bond? 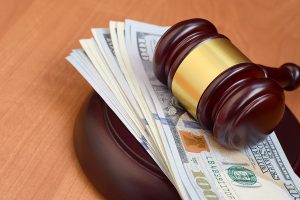 Bail bonds are life-savers when a person needs to make bail but doesn’t have the funds on hand. But after the bond is posted and the subject is released from jail until his/her court appearance, things can get tricky if they find themselves in trouble again.

It is entirely possible for a person to be arrested while they are out on bond. When this happens, it creates a tense and difficult situation for everyone involved. If you would like to be prepared for such a situation, keep reading. This is a guide to what exactly happens when a defendant is re-arrested while on bond.

A New Case Is Created

Double trouble means double the legal process. Every arrest gets its own legal process, as required by the Constitution. So, even if a person is out on bail, the new arrest will have its own time before the judge and its own bail set. At an absolute minimum, getting arrested while on bail dramatically complicates everything.

Even though every criminal case is seen on its own merits, having a bail set while on bond usually does not bode well for the defendant. The judge may determine that the new bail needs to be higher. They can even deny bail altogether, and they will cite the second crime as justification. Regardless, a defendant is looking at having to make bail all over again. Any money paid for the first arrest does not apply to the second.

A New Bond Is Created

Considering the person was already out on a bond, odds are that a second bond will be necessary to secure the second bail. This comes with a second bond fee (the first will not be forgotten), and it will incur its own set of bond fees and requirements.

Sometimes, bonds are a secondary concern. When a person is arrested while on bond, it creates a special circumstance in the law. This is sometimes known as “crime bail crime,” and it adds a minimum of two years to an existing jail sentence. This additional punishment is automatic if a conviction is found by the jury. Financial losses are not the only issue associated with getting arrested while on bond.

It is important to understand that an additional bond or additional court requirements do not undermine any outstanding commitments pertaining to the original arrest. All court dates must be attended for each arrest and bond. A failure to appear in any case can put a person in serious jeopardy.

Facing one bond is a challenge. Facing two bonds can feel overwhelming. You do not have to tackle this alone. There is help available. Contact us at D&D Bail Bonds. We will help you secure your bail so that you have more time and energy to focus on your defense. Anywhere along the Mississippi Gulf Coast, we’re ready to help alleviate jail time so you can begin the path to recovering from these unfortunate circumstances. Call 228-539-0700 today.